Yet again I have confirmed my status as a bit of an oddball.

This time it’s the over our house, which you will know is currently on the market unless you have been hiding under a rock or muted me online until today.

We’re supposed to hate house viewings, right? All that tidying so that complete strangers can come and examine our property and ask awkward questions about the neighbours. 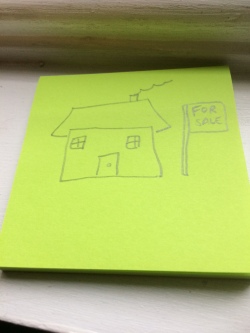 Well, I love them. The house has never looked so good. We have a total system (and a list, of course!) for the tidying. And I adore taking folk over the house – I’d forgotten I can be charming, or at least friendly – showing them all the great things we put into it to make it home.

It feels like saying, over and over, ‘this is our house. Isn’t it lovely?’

I always dreaded selling a house for the same reason I imagine everyone does – keeping the damn place clean and tidy.

But it has been a source of gratitude in more ways than one. I like having a house worthy of the phrase ‘spick and span.’ Well, I do now, after the first few days of not being able to find anything because everything had been put away! I like not nagging the kids to clean up their own rooms 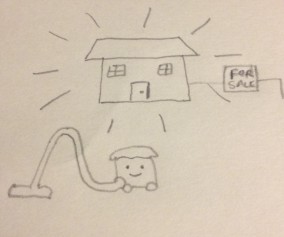 (because I hate the idea of raising lazy kids)

and just doing it myself, with headphones and podcasts on.

Also, I have lived without this level of cleanliness for over ten years, and not died of dysentery. I  have no intention of living in a sterile, empty house once we move to the new place. Sorry Mr HB! 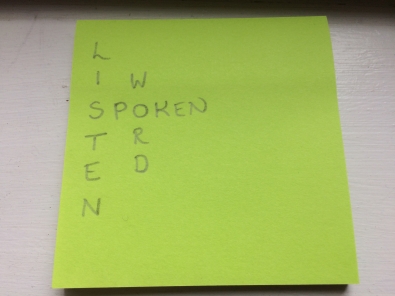 I’m back at Listen Softly Edinburgh on Thursday 16th January.

Not as an open mic guest.

Not as a new voice.

Not as a co-host.

As a FEATURE PERFORMER!

For those who aren’t obsessed with spoken-word, a feature performance is the sort of thing you can put on your CV – it puts your name on the listing with, other, frankly, much more successful (and indeed intimidating) poets and writers.

I get to prepare six whole poems to read – not two, or one long one. I’m even able to include a short work which I’ve not read before. I’ll also be reading a new version of my most successful poem to date, Cauterise, which was short listed for an international award last year.

If you’re in the area, it would be great to see you. Tickets are available from this link.